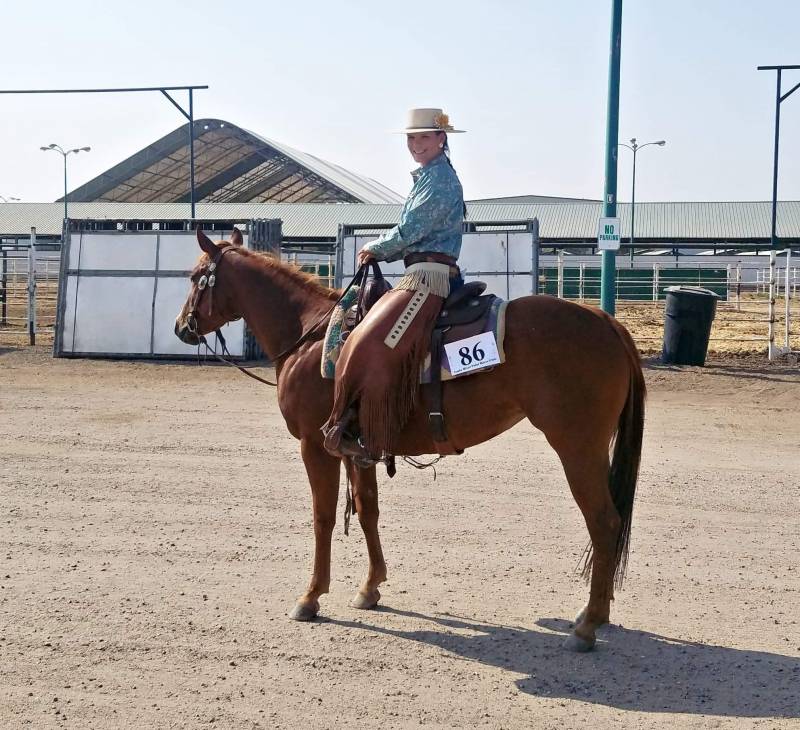 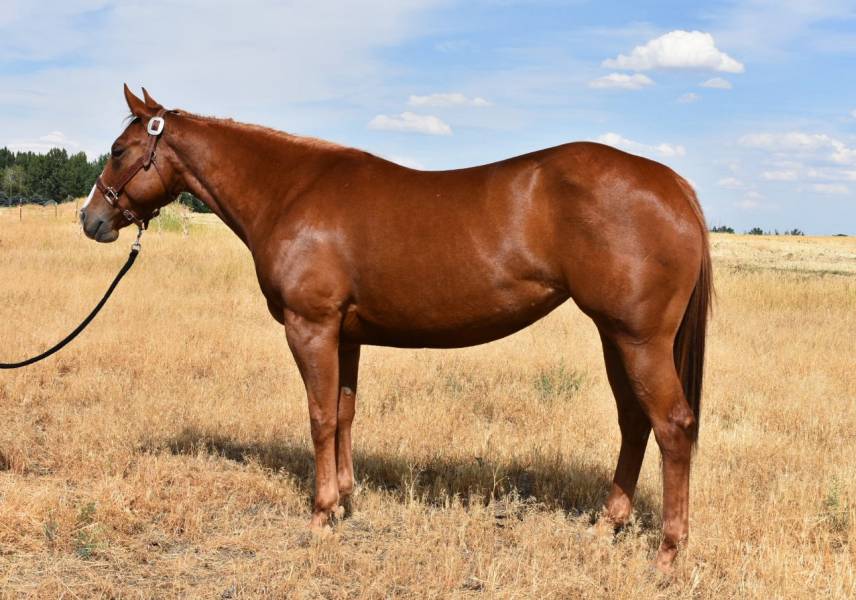 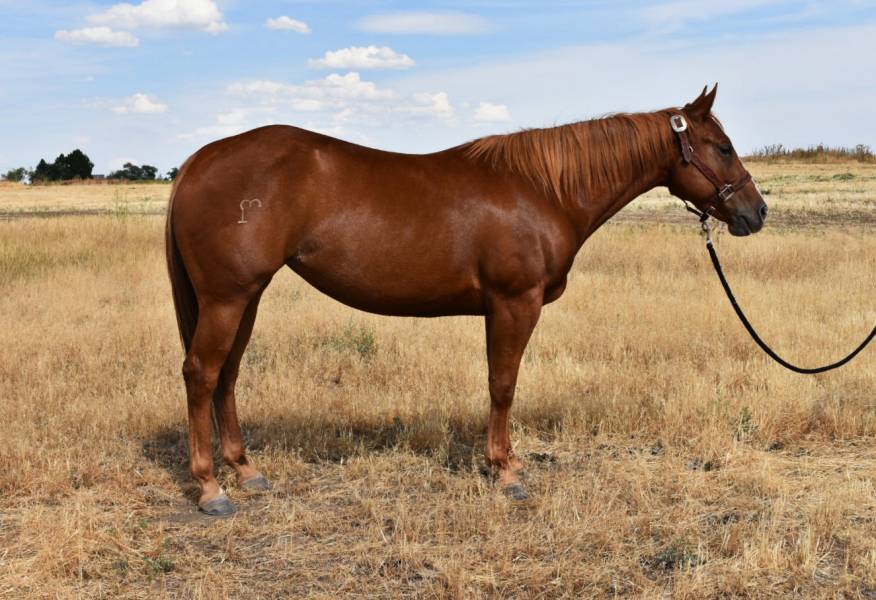 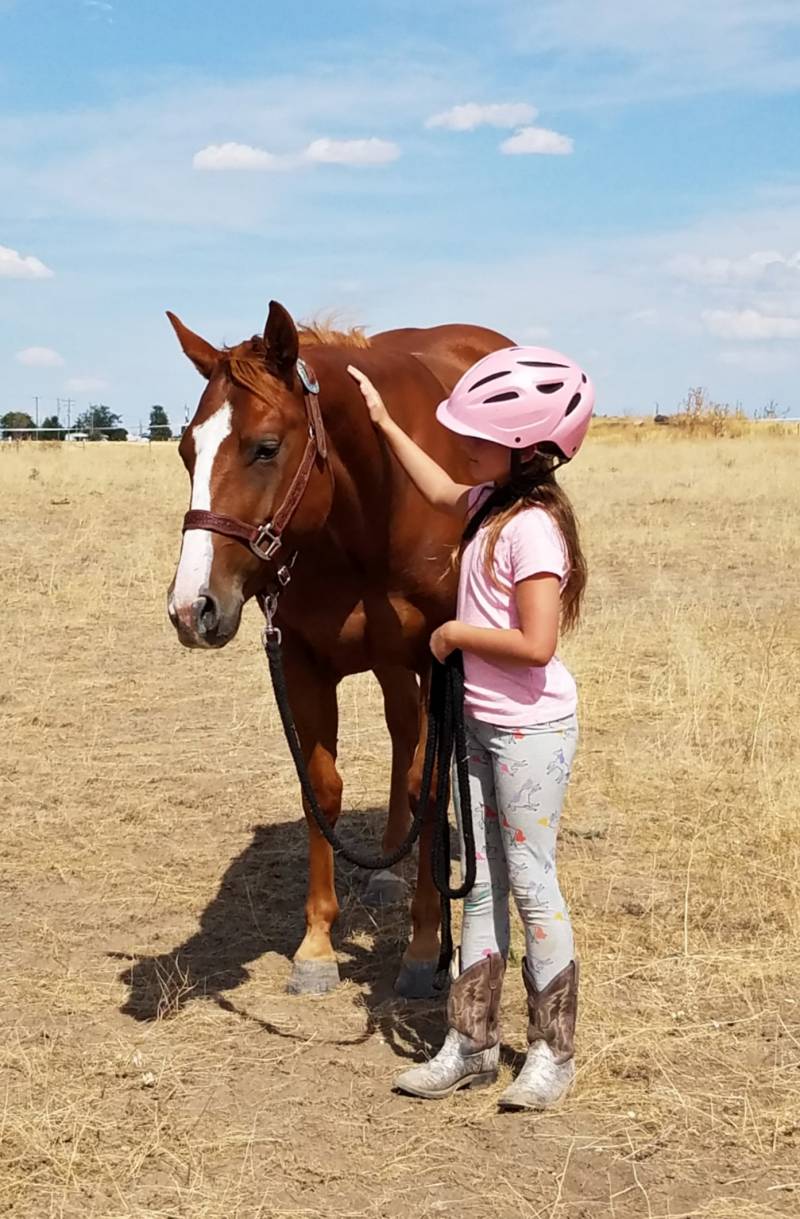 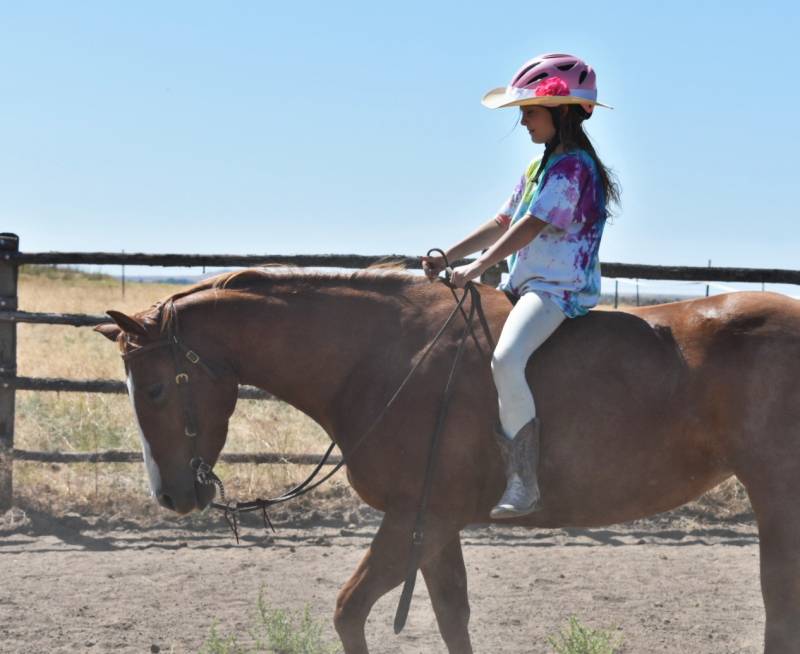 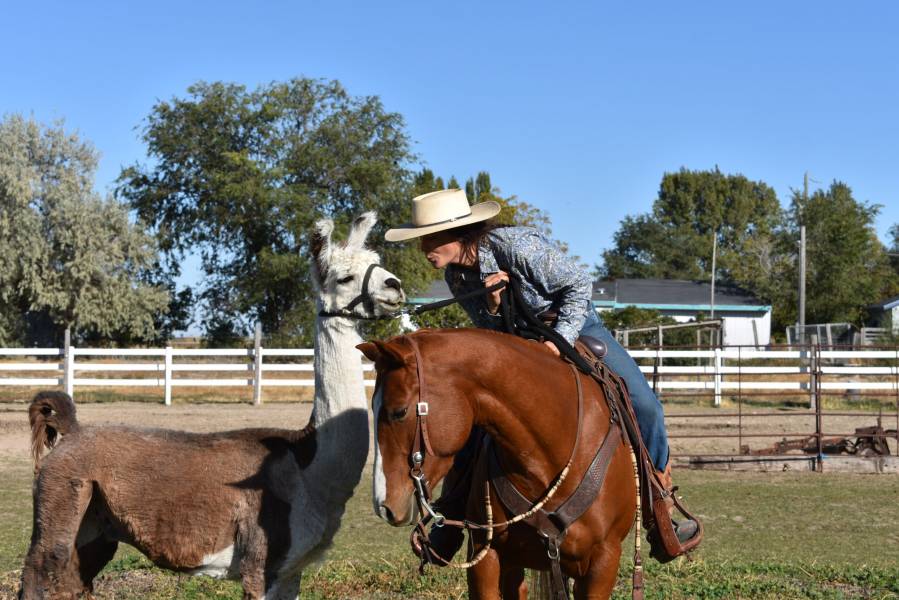 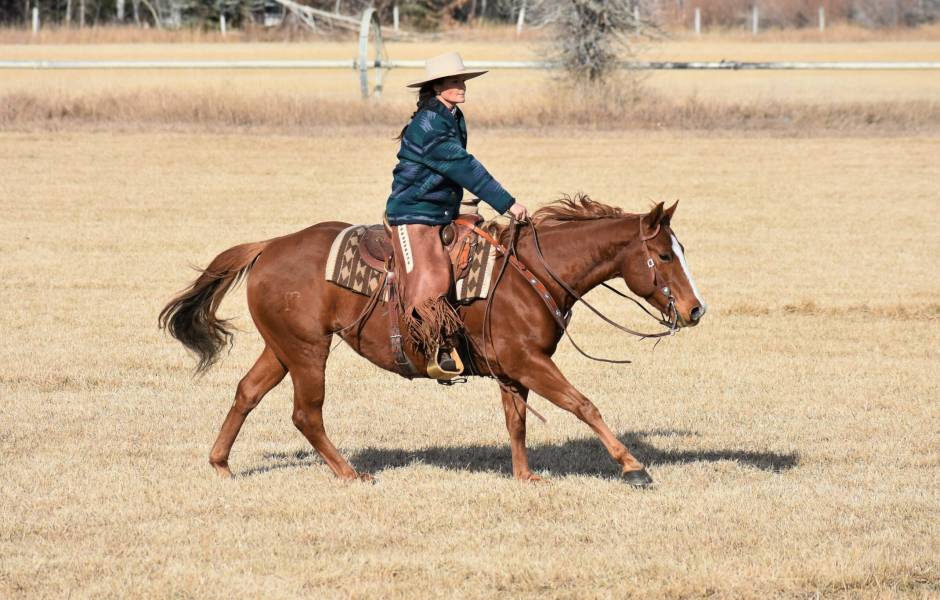 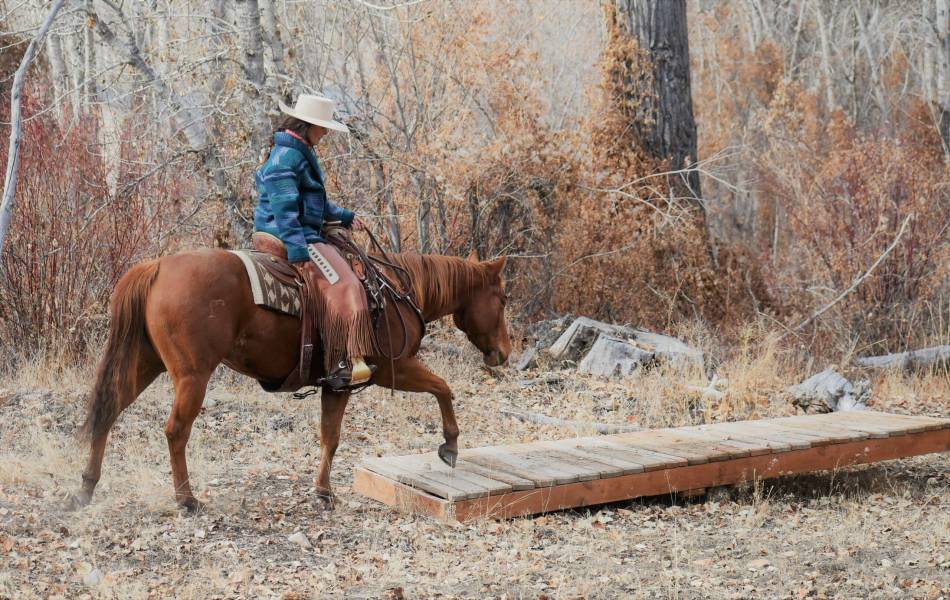 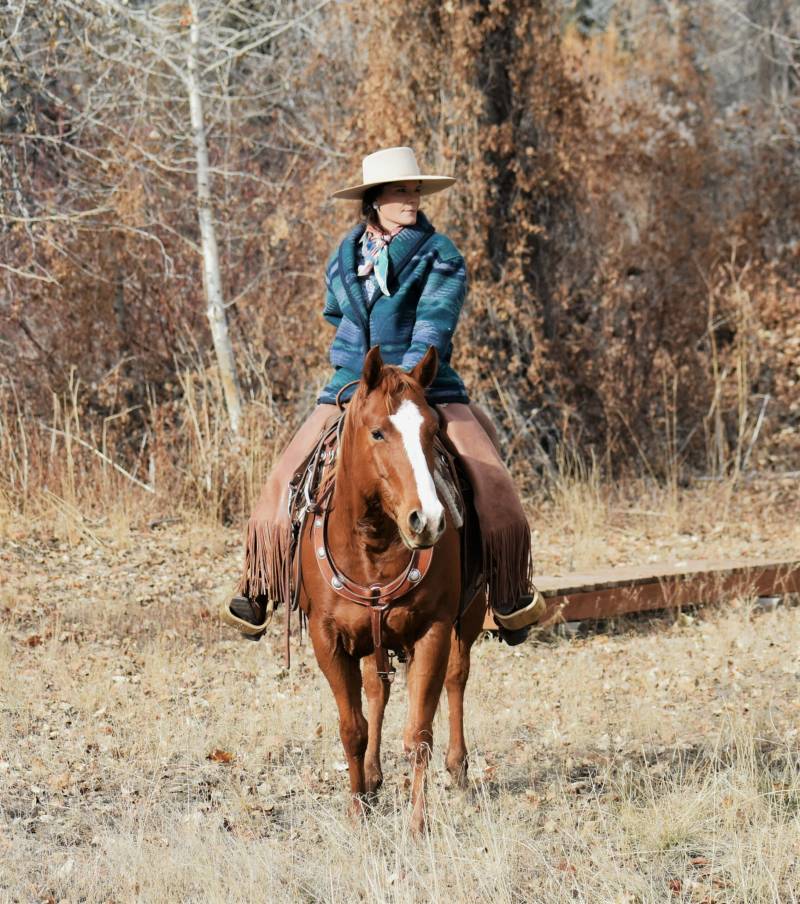 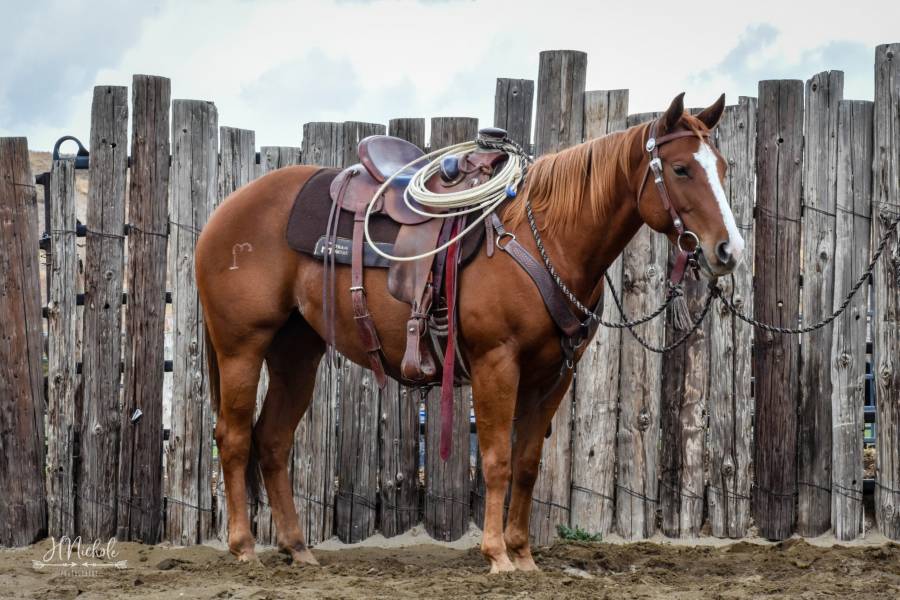 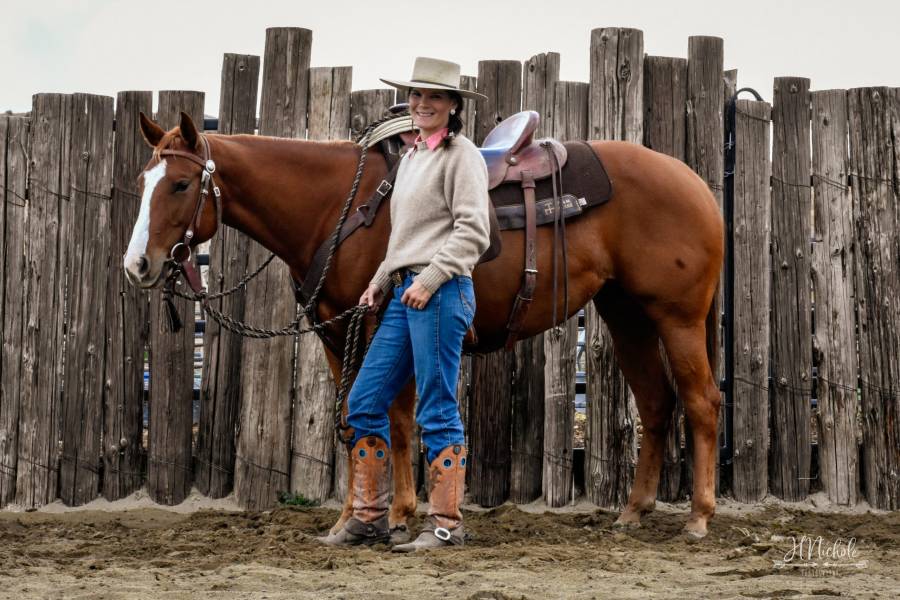 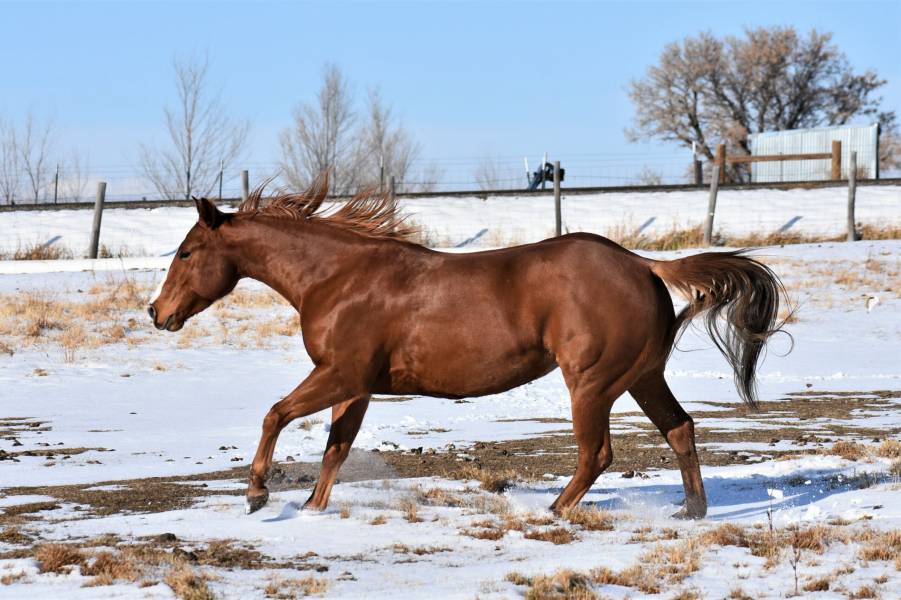 Whisper Of A Chic

Chic has proven she is handy in and out of the arena. I have shown her in Ranch Riding and Ranch Reining classes. Her eye-catching movement, bright expression, and smooth transitions have won us multiple awards. Obstacles challenges are a blast on her as she is so willing and easy to guide. Gates, log drags, bridges, teeter totters, mattresses, tarp curtains and llamas, not a problem!

She has been ridden out in the Idaho desert and mountains and will go through or over anything you point her at. She is thoughtful of her feet and navigates different terrain wisely.

Chic has been used to push and sort cattle on the ranch. She has also been started on the flag and introduced to cutting. She shows a lot of cow and really enjoys it. Chic is a quick learner, is a pleasure to train and retains what she is taught. She is responsive to your seat and leg and has a lovely, consistent walk, trot and lope that is easy to rate and comfortable to ride. Chic has all the moves with a solid stop, side pass and correct turn around. She is naturally low headed and has an outstanding work ethic. She is always eager without being hot and never a "cranky mare". Chic has been ridden by adults and youth and adapts to different skill levels. She is often the choice bareback get away horse for the cops and robbers games my son and daughter play.

Chic is a very sweet girl and enjoys being with her people and is pleasant to be around. She is always easy to catch, stands to be saddled and bridled and will "side up" to anything you ask her to and will stand to be mounted. She loads and trailers without an issue and quietly stands tied. Chic has been hauled and stalled and settles in eating and drinking well. Chic is kept in a mixed herd of other mares and geldings without any drama.

Chic has been kept up to date on her feet, worming, teeth and vaccines. This is a sound, sane filly that has been started right and has the ability to go many directions and be a true all around mount. Chic has become a family favorite and will be greatly missed.

Chics Leavem Smoke is the son of the late, great Smart Chic Olena out of an own daughter of Mr. Gunsmoke. He has a Performance Register of Merit in Reining, is a NRHA money earner and qualified for the Jr. Open Reining World Show! Chic’s conformation is flawless, standing a solid 15hh /1200 lbs. He is as versatile of a stallion as you will ever find, with a world-class pedigree and stunning looks to boot!